Private Rental Prices Continue To Rise Across The UK

Posted on 27th October 2017 by Sharrocks

The cost of renting a property continues to grow as part of a general trend within the British Isles over the last 12 month. In news which will have impacted households around the UK the biggest changes have been in the East Midlands and South East which have seen annual rental prices increase by over 2.5% between September 2016 and 2017.

From January 2011 until September 2017 private rental costs in the UK have increased overall by 15.2%. When London is excluded from this data there was an increase of 11.3% during the same period according to data released by the Office of National Statistics this month.

There are signs that annual rental price rises are slowing in London from an increase of 1.2% year on year in August 2017, this has reduced to 0.9% in September 2017 annually. The North East saw the lowest annual rental increases of 0.4% which has not changed from August 2017.

A need for for more properties to let may see rental price rises escalate even quicker. The Association of Residential Letting Agents identified in August 2017 that the stock of let properties reduced whilst demand grew fractionally. 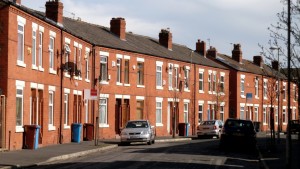 Of the home nations annual rental prices have seen bigger alterations in England which saw a rate rise of 1.6% followed closely by Wales with 1.4% until September 2017. Rental growth was only 0.3% in the same time and may be attributed to less demand as reported by the report carried out by the Association of Residential Lettings, previously referred to.

Your Move currently estimates the average monthly rent to be £938 highlighting the financial squeeze on tenants and that the letting market remains a good source of income for landlords.