AXA is releasing new data to help motorists avoid those stressful holiday journeys, as reports show the average person is planning to travel over 740 miles this summer.

One of the main breakdown causes is overheating but most people don’t realise that they are 50 per cent more likely to breakdown due to overheating in summer than they are in winter. The main problem is that many people aren’t checking their cars before they take off on their journeys. For instance, 66 per cent admit to not checking their coolant before heading off, which can be a direct cause of overheating.

The gearbox is another cause and one which is 31 per cent more likely to fail in the summer months than the winter months. Shockingly, 94 per cent of people don’t check their gearbox and less than half check there tyre treds before going on a summer trip.

16 per cent of people admitted they would keep on driving if their engine light came on and less than 50 per cent would call their breakdown provider.

Gareth Howell, Managing Director of AXA Insurance, said: “By mid-July, thousands of schools will have broken up for the school holidays, which means millions of families will be hitting the roads and looking forward to spending time together. Whilst we can’t promise that this won’t come with a few stresses along the way such as a bit of traffic or the kids playing up, what we can help with is advice on how to avoid some of the biggest causes of breakdowns. Checking your vehicle before going away can make a huge difference, especially if you know what to look out for.”

At Sharrocks we can offer breakdown cover from just £28.00 for the entire year. With varying options you do not have to be an existing Motor Insurance client to benefit from this protection. 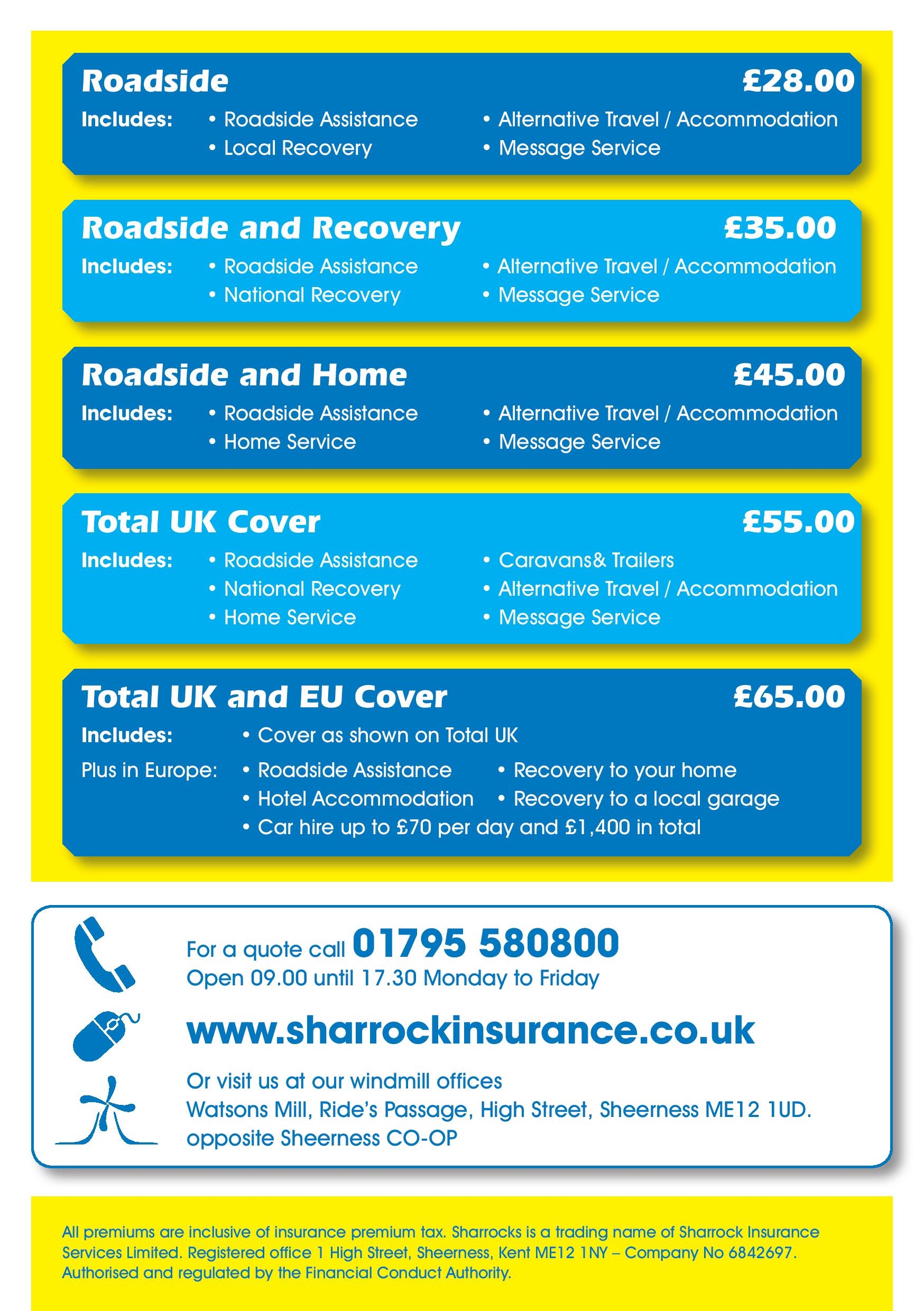